What a year! 2017 has been filled with amazing new experiences, friendships and countries.

Last 2 months: Since my return from South America, I was home for 10 days before the first of three training camps in Saas Fee. I then headed back to Austria (last season’s base) and moved into a little apartment solo, which took a bit of getting used to. So, I have been back and forth to Saas Fee riding in Hintertux in between. I also went home for a change of scene and to reboot as the training takes it’s toll! The final training camp took place in Pitztal, Austria. 10 days total including 2 European Cups. I was starting to feel psyched for the upcoming World Cup whirlwind. I parted with the ski cross guys whom I’d been training with i.e. Emily Sarsfield and coach Guillaume Nantermod, as we had different competition circuits. 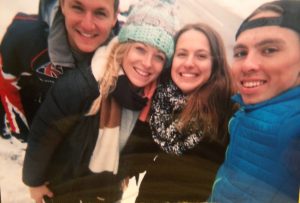 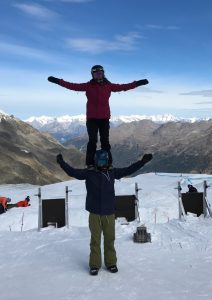 Karel & I after a training session in Saas Fee

It’s December 2017 and about 60 days until the Games, things are ramping up with 3 back to back World Cup Olympic qualifiers. A lot of preparation has gone into these races and pressure is now on to perform! 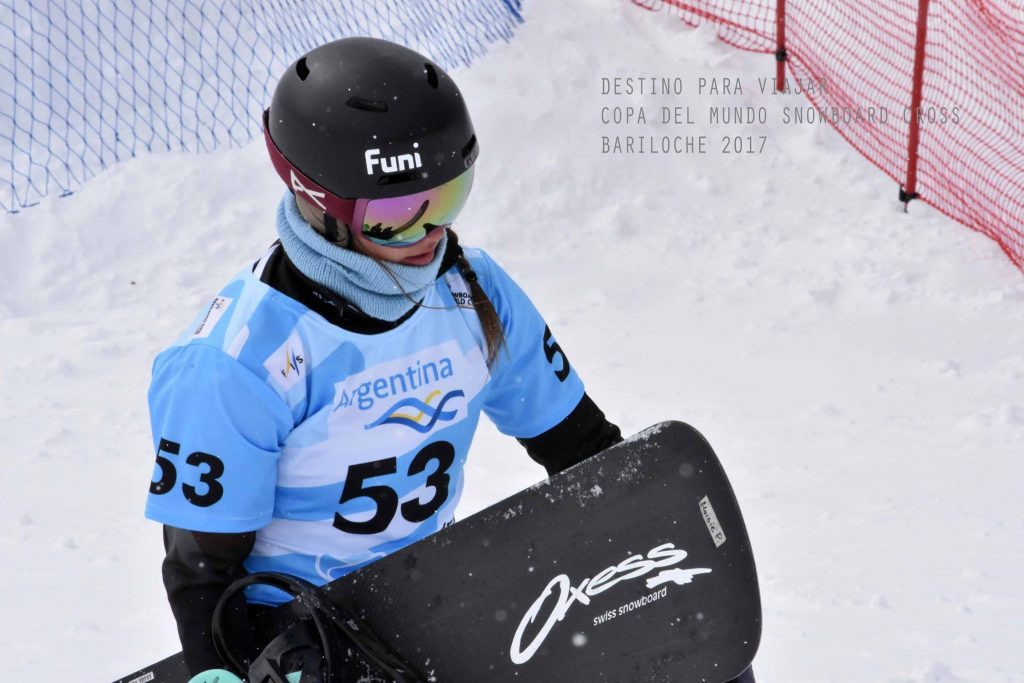 11/12/17 @maisie_potter: Tomorrow marks the beginning of 3 back to back Olympic qualifiers in 3 different countries. Wish me luck for time trials here in snowy Val Thorens⚡️🇫🇷❄️

As most of you probably know by now, I had an accident on Tuesday the 12th, the day after I had written the above. 2 days (testing & training) were cancelled due to heavy snowfall so the first day on course was training and qualifying. On my second training run, I came up short on the final jump, which was a big step down and crashed hard. The result was a broken heel – could have been better but could have been a lot worse!

I was in a lot of pain, however, all I could think about amidst all the panic and adrenaline was whether I would be at the top in time to do qualification. When the medics told me they were taking me to the medical centre, I asked “How long will that take?!” haha. Once I had made it on to the blood wagon and in the ambulance, I knew my competition here was over. At this stage, there was still hope but the scan soon told a different story: “It’s broken and needs surgery” is not what you want hear during the biggest month of your career. Eventually, they attended to my pain and relieved me with some morphine. 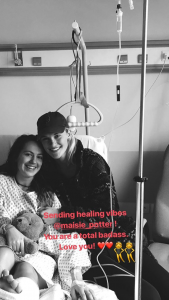 We took the decision to have the operation in Chambéry by a recommended surgeon there. Upon arrival at the hospital, further scans and tests were carried out. They were fasting me just in case I had surgery that night. I hadn’t eaten since breakfast at 7:30! I was so thirsty that I almost fainted during a blood test. I might add at this point that my Dad was with me although under unfortunate circumstances, I was really grateful for the company.

I went in for surgery on Thursday night and left the hospital Saturday morning. The days here were pretty emotional, with a lot to process. The anticipation killed me prior to surgery. I was also absolutely gutted. However, the support on social media, and from family and friends, really did go a long way. 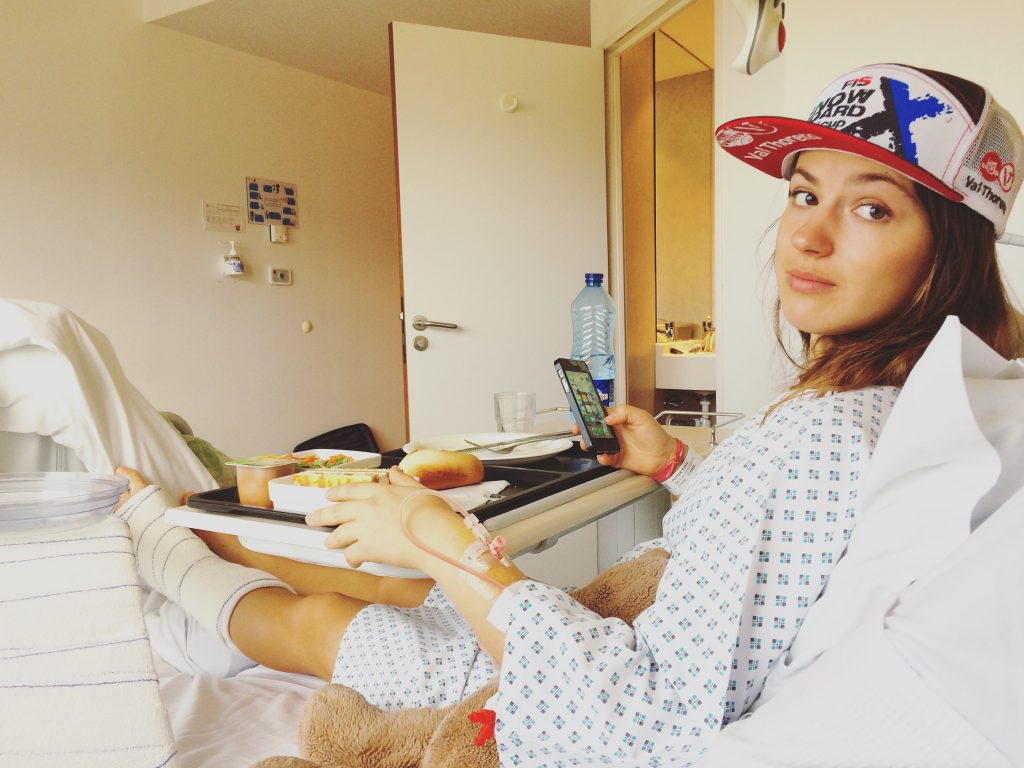 @maisie_potter: Unfortunate start to the World Cups in Europe… Val Thorens didn’t treat me too well. Broke my heel on my second training run. Couple days in hospital with surgery tomorrow. I’m pretty gutted to say the least and will miss being on tour with the rest of the SBX lot. It’s the risk that comes with my sport and has its extreme highs and lows. I will focus on recovering and come back stronger 💪🏽Thanks for everyones support so far ❤️

Post op, I was initially relieved and had probably been given something, which eventually eased off and I was super emotional again. Little triggers just set me in tears. I wanted to get out of hospital to take my mind elsewhere. I was a bit anxious about driving home but it went way better than expected! We had planned to take our time and drive to the North of France, however 8 hours later, we made it to the euro tunnel and stayed the night in Kent with family. Dad’s DIY cripple set up was a success! (I was sat in the back with the front seat folded and my foot raised on coats and sleeping bags)

We arrived home Sunday night and I have been recovering since. As it’s the holidays, I have been seeing friends and family and enjoying the little things. Stopping has made me realise what a tread mill I have been on since the end of last winter. It has been non stop since June! The pressure has dropped and things are much calmer now.

After math. 5 screws, a plate and a gnarly scar!

3 weeks post the accident, the focus is now different to what it was – R & R and taking the opportunity to do something different until I can get back on my snowboard! The new year has taken a bit of a turn but I’m confident this will bring me back stronger. I will be following my mates closely on TV and learning as much as I can. Although I won’t be competing at the Games come Feb, I’m grateful to have been part of the build up and I’m looking forward to guesting in the BBC studio during the Snowboardcross finals on the 15th & 16th of Feb! Don’t miss it!! 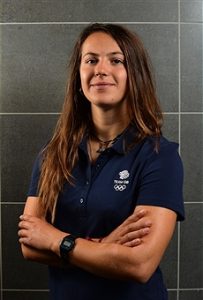 I would like to wish some of my peers a speedy recovery too as I’m not the only one! Finally, thanks/diolch to all my sponsors for believing in me: