Since my last blog post in May post season, I have been mainly in the UK, apart from a trip in June to Barcelona with old snowboard buddy, Ayla Thidling. This was a nice change to be meeting up in a city for a summer holiday as all of our trips together have always been in the mountains during winter. We had a great time wandering around, eating fresh fruit from markets, swimming in the med, drinking Sangria and best of all making international friends mainly from our fab youth hostel. 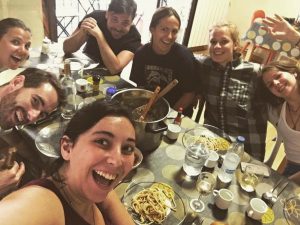 Communal eating is the best! And cheap as chips!

In North Wales, I have been meeting up with trainer, Chris Malherbe, who I’d previously met at school. The Unit Performance Gym is in Felinheli which is right on the Menai Straits – channel of sea between North Wales and Anglesey. The gym is an industrial converted unit in the heart of the boat yard. Our sessions consist of 1-2-1’s as well as group sessions focusing on crossfit style strength & conditioning and Olympic weight lifting. Weight lifting is still quite new to me but it’s been great for strength and focus. 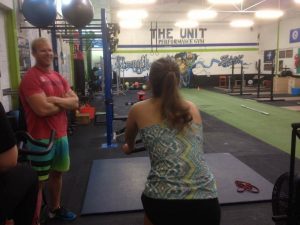 Here are some pics of  a good day during the heatwave, a few of us went for a sea swim and jumped off the harbour wall after an intense work out. 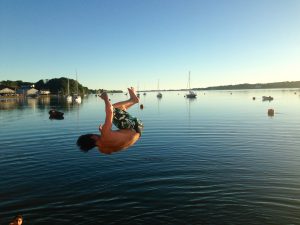 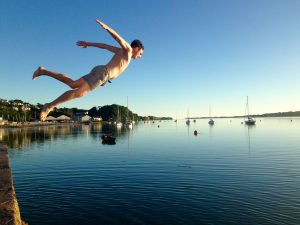 I’m working as a lifeguard at Surf Snowdonia and my shifts have increased to 5 days a week since the summer holidays started. It takes me ~ 30 minutes to drive to work and my shifts are up to 10 hours long so it’s been hard to fit in all my training sessions but September should be quieter and I’ll be able to really push my training in preparation for my first snowboard training camp. However, I have been making the most of staff surf sessions before work hours and taking in as much information as possible from colleagues and customers.

Surfing on a mechanical wave in a lagoon enables you to really improve technique and also be coached easier. This is a huge advantage and something that you don’t get so much in the sea. I’m planning on doing my surf instructor level 1 course down in Pembroke in September and hopefully catch a few waves in the ocean! I’m now dreaming of going on a surf trip. Haha.

Winter is just around the corner with pre-season starting in October on the glaciers in Austria. The first races are European Cup held in Pitztal, same as last year, at the beginning of December followed by a World Cup in Montafon, also in Austria. Super excited to get back on snow!!! 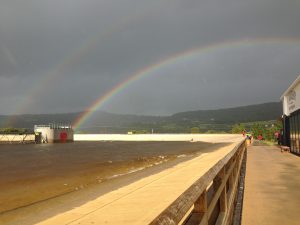 Surfing in the rain 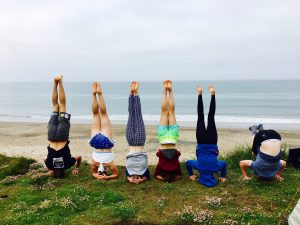