Mum and I took a trip to Cuba earlier this month for my 18th, which was a nice sunny getaway before the winter and after working all summer. We travelled around the country for 2 weeks and stayed in “casas particulares”, which are host families. These gave us a good idea of how the Cubans live.

Our long haul flight landed in the south, which was a bit of a culture shock at first and felt like going back in time. We stayed in a small fishing village called Gibara, which was hit by Hurricane Ike in 2008 and is still suffering now. Mum and I seemed to be the only non-locals, which was quite intense especially walking down the street. Persistent street sellers, groups of men hanging out or cubans simply sitting in front of their houses on rocking chairs watching the world go by became a regular sight on the street. 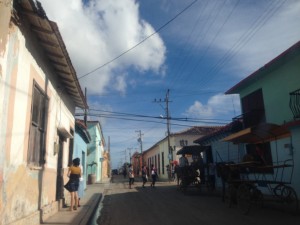 We then got on a small plane to Havana, which had come in from Jamaica. The check-in area was minimalist and when Mum and I appeared, they knew exactly who we were. Once all passengers had arrived (maybe 20), we took off 45 minutes early!

Havana is Cuba’s capital on the North East coast about 170 km south of Miami. Straight away, Havana seemed more cosmopolitan with the presence of Europeans and Americans. However, many buildings remain old and ruined… The merging of the Atlantic Ocean and the Gulf of Mexico (the Straights of Florida) sometimes brings in big swell making waves crash over the sea wall, where the cubans like to cool off in the salty spray. 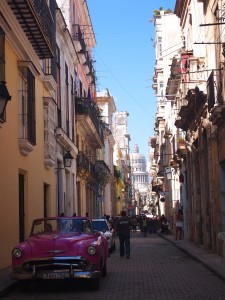 My cousin Gina joined us for our next stop to Trinidad which was a 6-7 hour drive from Havana. Trinidad was my favourite place because it’s neither rural nor urban but a quaint colonial town on the Caribbean sea. Although, a bit sleepy by day, lively afro-cuban rumba and salsa dancing is the norm in the main square at night. 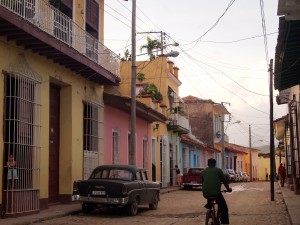 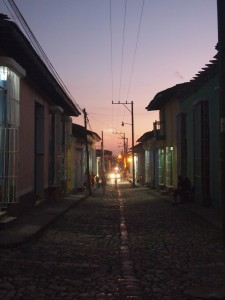 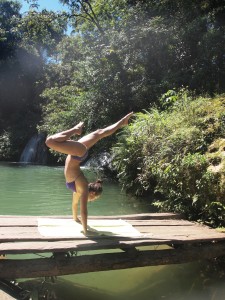 Trinidad is at the foot of a nature reserve park densely forested and full of hidden gems such as caves, waterfalls and pools.

Our final destination was Viñales, which is back towards Havana but on the northern tip/peninsula. We ventured through the valley on horseback through tobacco fields and learnt how to roll cigars. We also came across interesting rock formations and even swam in a dark stalagmite cave! 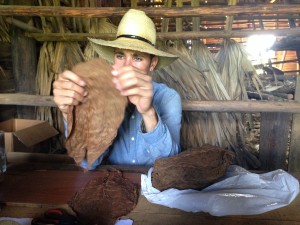 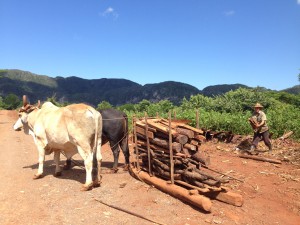 All in all, Cuba is a truly fascinating country with it’s history and musical culture.