Bit late to post but better late than never.  The new year is a good time to reflect on recent events from 2016 before welcoming 2017, my 20th year on this earth!

In October, I moved to Zell am Ziller in the Tirol region of Austria to join the British Snowboardcross Team. It’s great to be a part of the team… Here are some of my team mates: 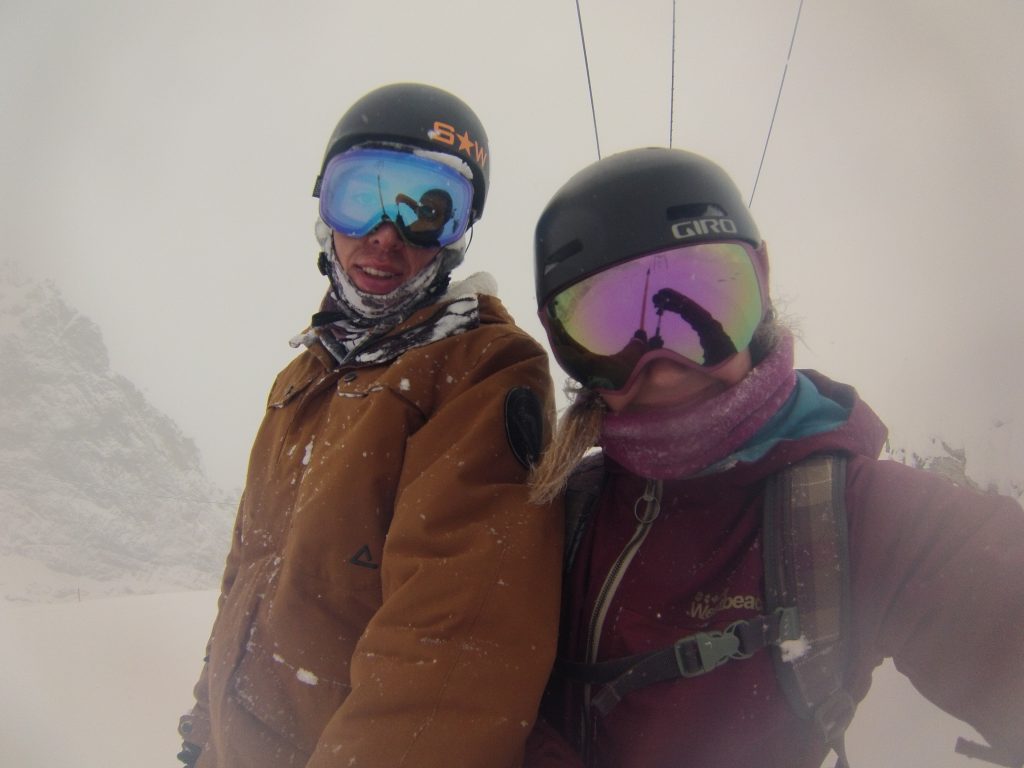 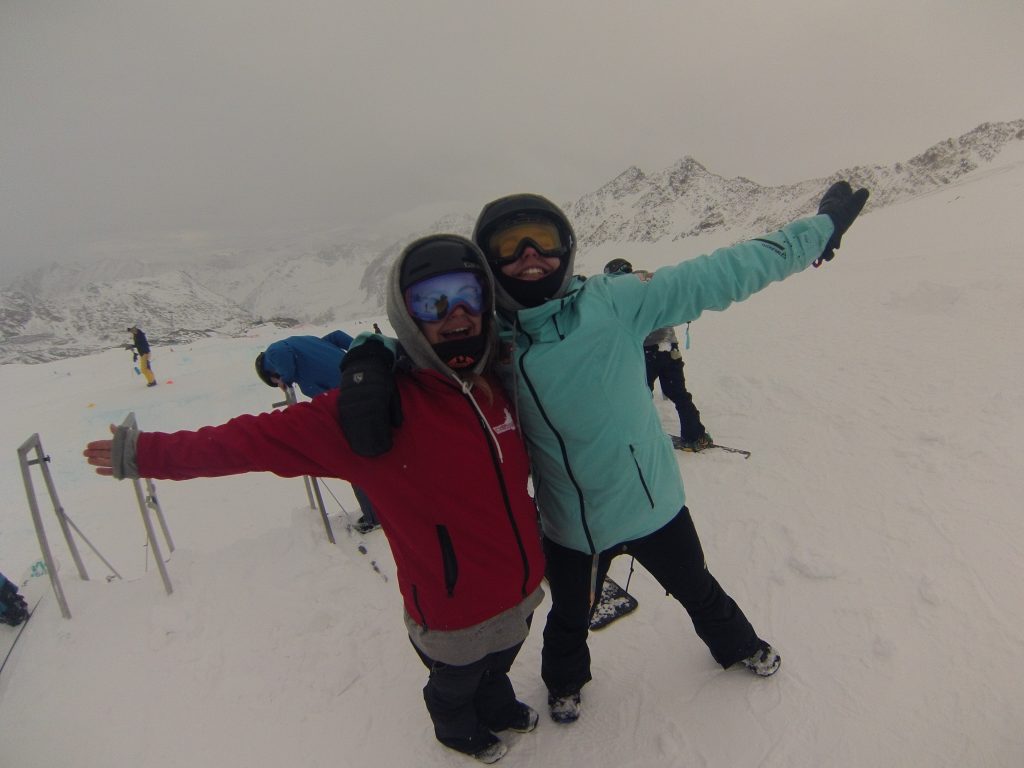 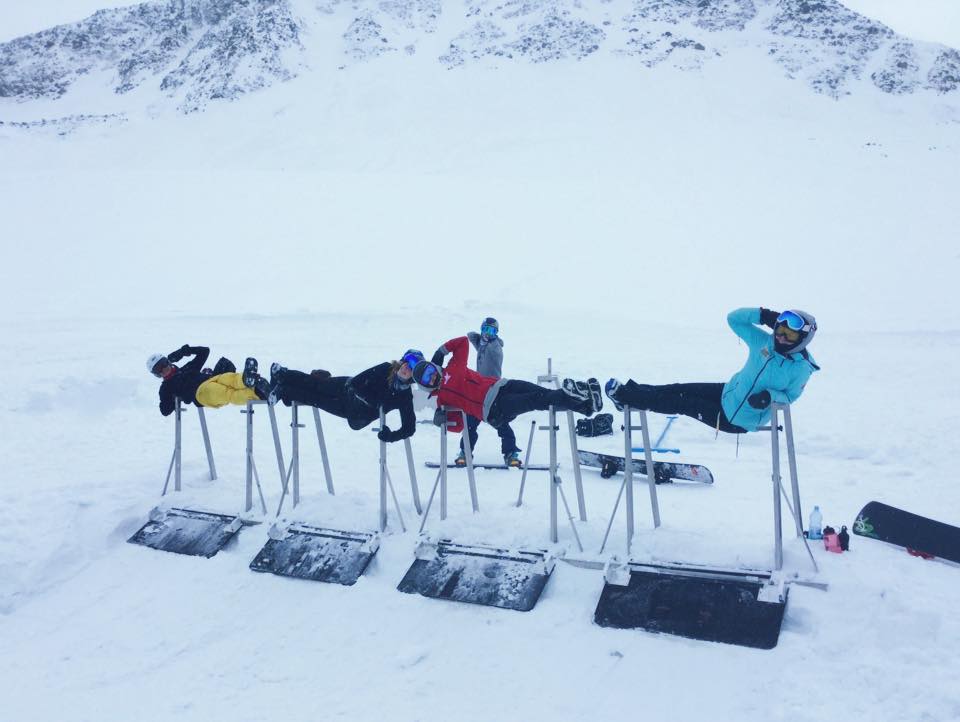 Pre season involved training on the glaciers in Hintertux & Pitztal. Hintertux was our ‘local’ glacier whereas Pitztal was a 2 hour drive away, which meant for some very early starts.

Pitztal is a perfect training facility for snowboardcross during the Autumn with 3 different start sections and many national teams come to train. 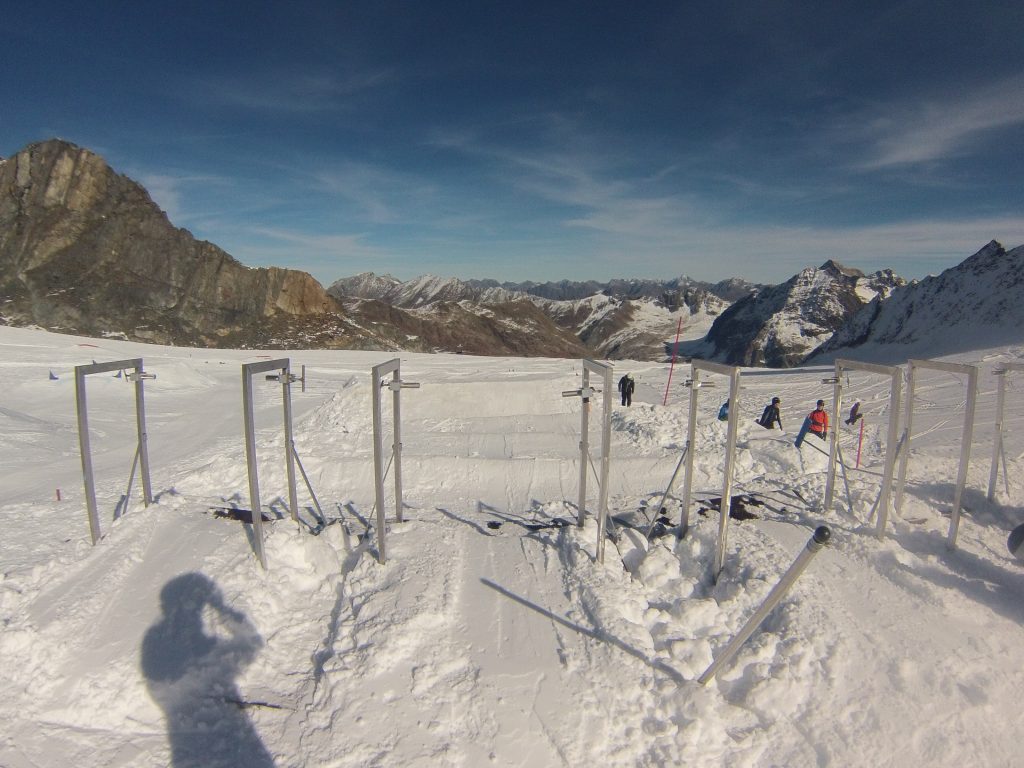 It also holds the first European Cup of the season followed by a Junior FIS (under 20’s). For the Juniors, it was a definite test of endurance with 6 days of racing, which is mentally and physically draining. Here’s how they went…

Unfortunately, during one of my training runs, I caught my heel edge on the landing of the jump and hit quite hard. This knocked my confidence on race day so I pulled out. I didn’t want to risk injuring myself so early on in the season. At the time, this was a difficult decision to make because the conditions were perfect and I was eager to race. However, it was the right thing to do – this really portrayed how influential/important/controlling the mind is for performance.

That night, I was mentally trying to rebuild my confidence to hit the jump again in order to compete. You have to put behind you the results from the day before and start a fresh new race. Fortunately, they removed the jump from the course for various reasons so I managed to get through 2 rounds and place 17th. 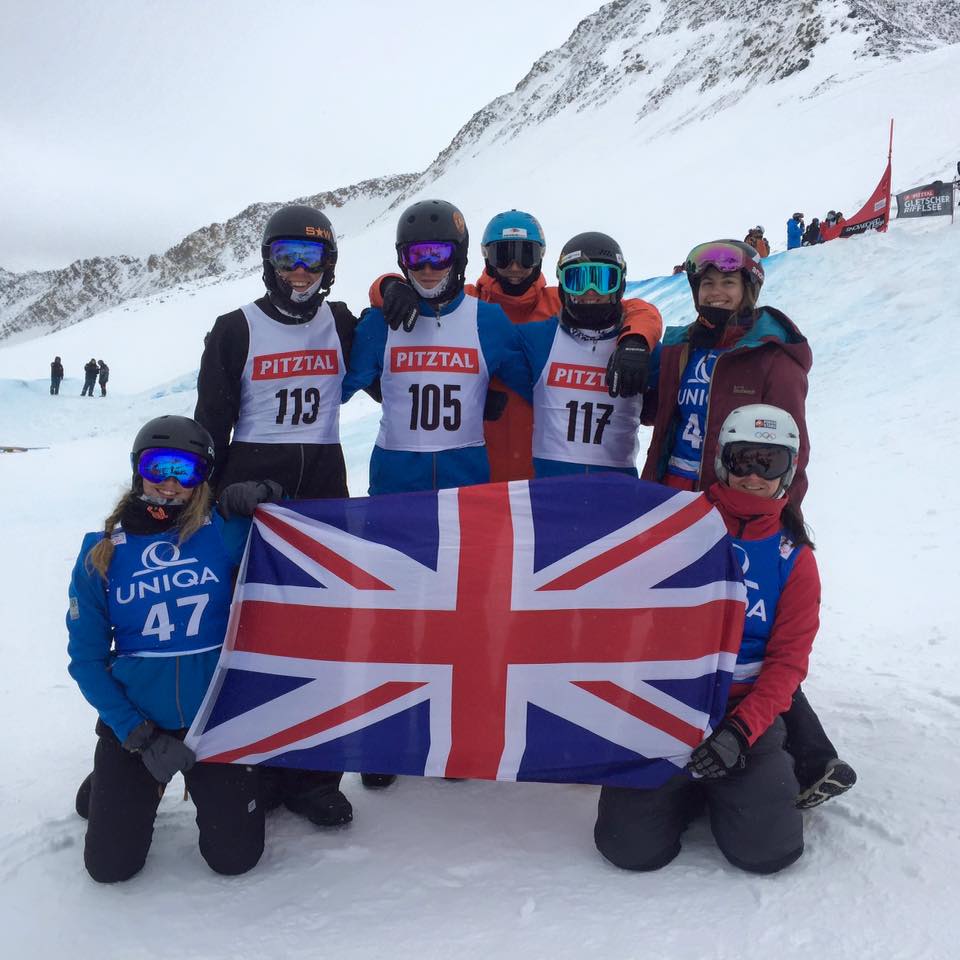 The EC Team in Pitztal

The course was shorter and the features were smaller, however, it was a fast course with plenty of ruts! I tend to like fast courses because I’m quite light.

In the first race, I qualified 10th (top 16 to finals). I got through all the rounds in 1st or 2nd and got knocked out in the semi final but still had the small final (fight for 5th to 8th place) and placed 2nd so 6th overall.

The second race was formatted differently, whereby we went straight into heats (no qualis). This enables everyone to race rather than just the top 16 and there are more rounds to get to final because there are more numbers. I managed to get all the way to the last 4 and finish in 3rd position in an all french final. With some tight head to head to racing, this was a top way to end the week and begin the season!

Next up. MONTAFON WORLD CUP.

There was talk of making a debut on World Cup this season. I knew that there was a possibility of doing a couple because my coach Jimbo is doing all the World Cup stops with Zoe anyway. Eventually I was decided that I was going to go to the first one of the season and first Olympic qualifier in Montafon. It was the perfect one to start with as it was only a 2 hour drive away and the weather was beautiful for it. It was great to be alongside Zoe and learn from her experience.

Stunning views in the office!

On training day, I was pretty nervous but I took everything one step at a time. I woke up and did everything as normal for race prep. Girls training started at midday so it was a relaxed start to the day, which is quite the opposite to 6am starts at European Cup. Something I could get used to!

I did my warm up, a few carving runs, inspection, and then it was time for training. I’m always a little bit nervous on my first training run. First few runs are just getting to know the course. I remember watching most of the girls go before me and they all looked so smooth! Before I knew it,  the first girls were already back to the top again and I still hadn’t dropped! So I got in the gate, did some squats and pulled out. I survived! I was full of adrenaline. The course felt so flowy, smooth and.. fast! I had to really be smart with my riding and always look ahead to the next feature and be pro active.

On quali day, I managed a clean run and was in 25th, which I was pretty stoked about! My second run went off to a great start but I got flagged down and had to do a rerun which flustered me a bit. Went again and nearly lost it on the first jump but managed to save it just in time. I was hoping to knock off a second or two, unfortunately, small mistakes cost you a lot on these courses and so I ended up in 30th. 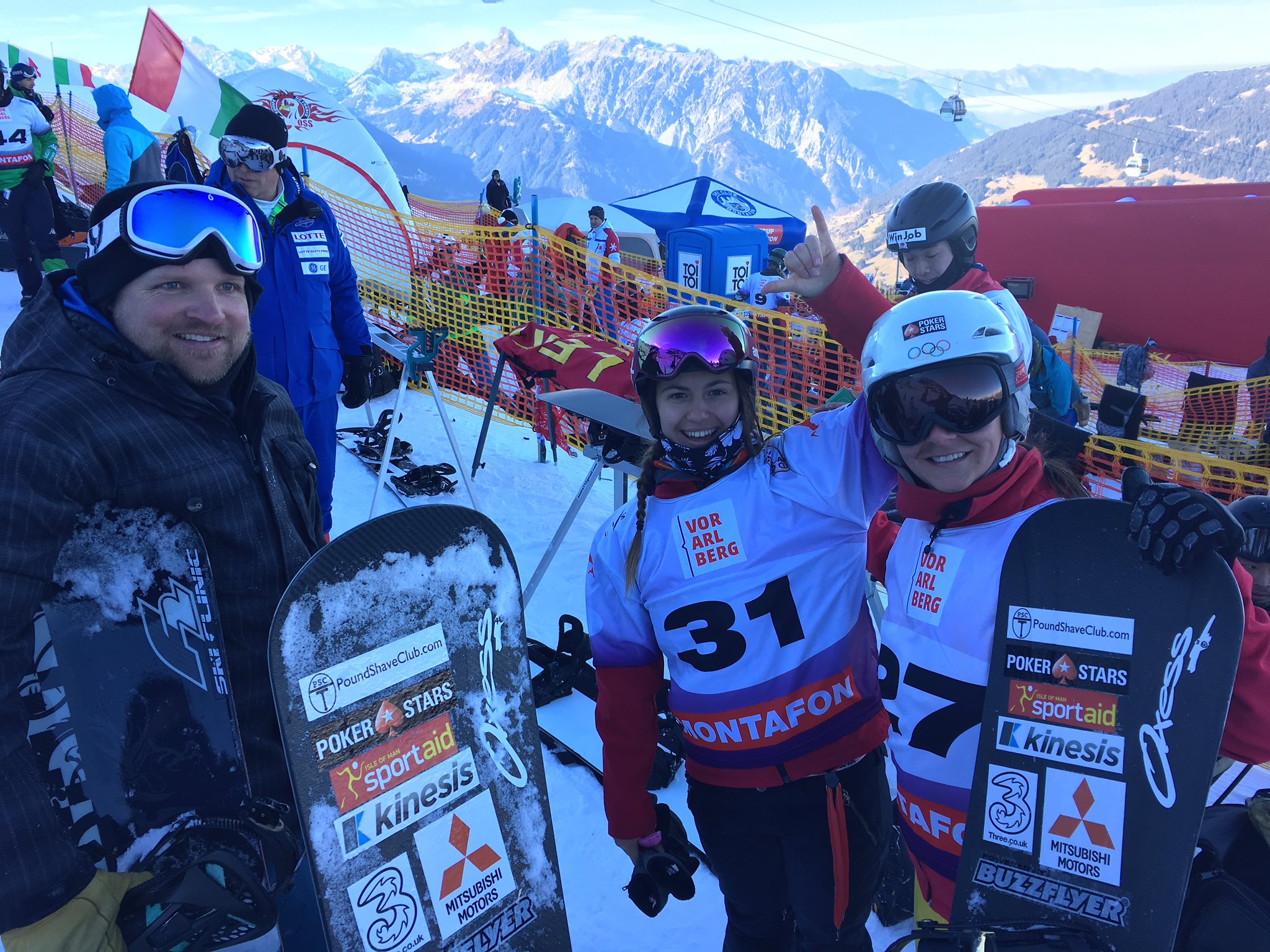 Coach Jimbo, Zoe and I waiting in the starting area of the Montafon WC! 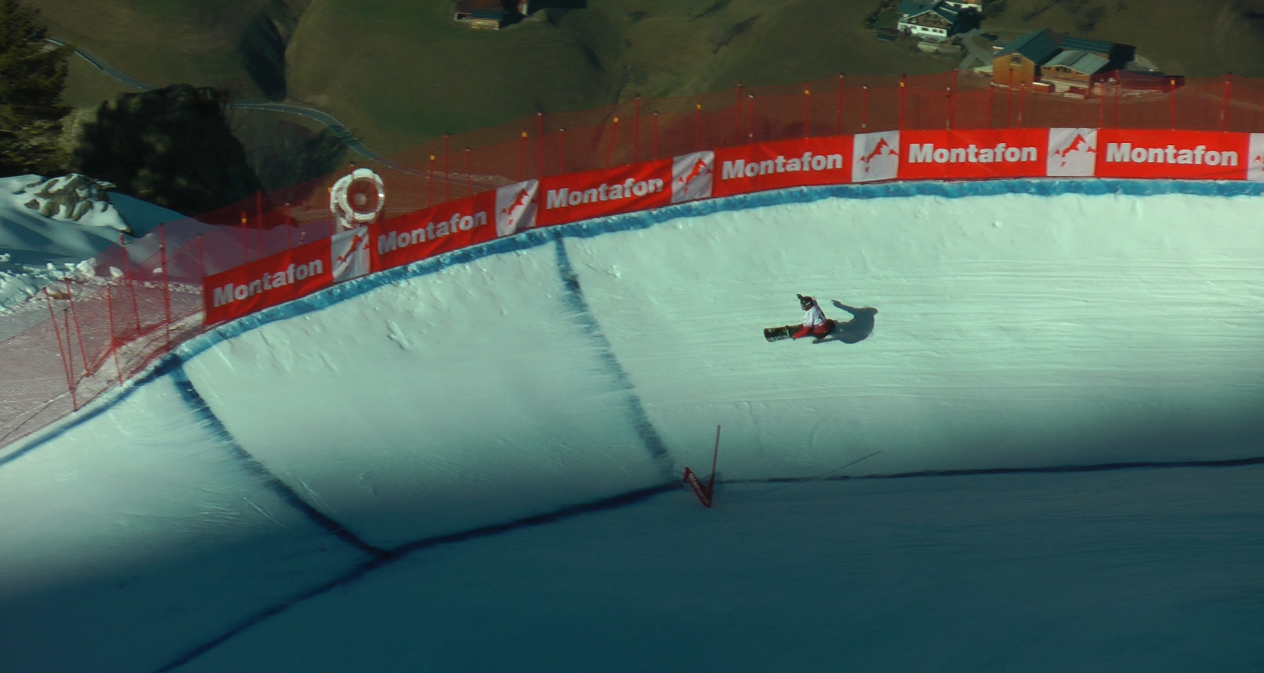