With 3 weeks to go until the first 2 World Cup races of the 17/18 winter season in Argentina, preparations are well under way…

I’ve had a good amount of time on snow so far this summer (June/July) back and forth to Les 2 Alpes in France (L2A). I have been working with coach, Guillaume Nantermod and ski cross racer, Emily Sarsfield. Guillaume is from Switzerland and is an ex snowboard cross World Champion. Em is number 1 GB skicross athlete and my new acro yoga and travel partner! Check our social media channels for some of our stunts and Instagram stories…. Sarsfield & Potter 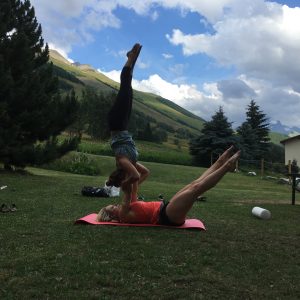 Working with a new coach has taken a bit of getting used to. As an athlete, the coach-athlete relationship is about trust and learning how to communicate. Riding in the summer is a good time to work on your weaknesses without the stress of competitions. This should hopefully give me a good base going into the training camp in Chile and then the World Cups in Argentina. 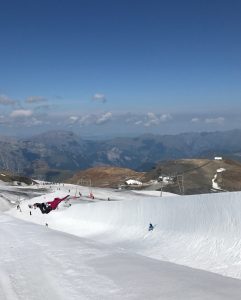 Halfpipe on the glacier (L2A)

We also squeezed in a little kayak trip on Lake Geneva for physical training and to do something different together. We paddled 8 hours/40km a day and then slept under the stars. It was a “raw” experience. 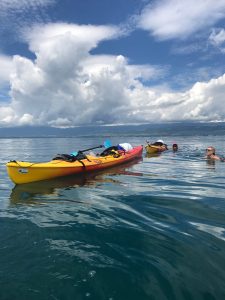 The highlight was paddling through water as flat as glass and taking a swim to cool off in the middle of the lake. This followed by some really tasty local fish for a well deserved lunch! However, we experienced some crazy strong headwinds and really choppy water on the last day. This was a bit of a struggle as we had a deadline and we were on the wrong side of the lake. So we paddled for 5 hours straight with no break! Even if we had stopped, the wind will have pushed us back. Em & I both lost our humour at this point. Head down & paddle!

Looking back it was quite a busy 2 months. Since being home at the end of July, I have been doing my new training program, which has been provided to me by a personal trainer based in London at the BXR gym. It has been motivating to have a personal program.

I have been fitting in shifts at Surf Snowdonia, working as a surf instructor and lifeguard. There is a new mini ramp, which I have been skating and learning coping tricks during my breaks. Great fun! On this subject, I am delighted to announce Surf Snowdonia as a new sponsor for this coming season so thank you! 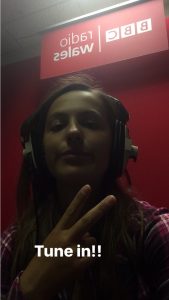 I have recently been doing a bit of press coverage with Welsh media. BBC Sport Wales did a little video with me at my work called “How a Snowboarder trains in Summer”, which reached the main BBC Sport website that day. Also, an article in the Daily Post and a live interview with BBC Radio Cymru.

This weekend, Team GB Athletes Summit was held at Heriot-Watt University (Edinburgh). This has been a very insightful experience of all the preparation going into Pyeongchang 2018!! Meeting the other Winter Olympic hopefuls was nice too as well as bumping into some of the guys that I met at the Youth Olympics 4 years back. 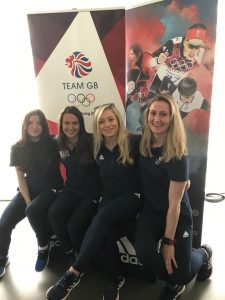 The schedule was pretty busy; Friday was a heavy media afternoon with interviews, written press and photo shoots… Saturday afternoon, we did a mini Highland Games, which was a team building activity. Sunday was a mainly a wrap up of the all topics and managed to squeeze some media training in too!

Going into the Olympic qualifying season, we haven’t seen much of summer (more than usual) because pre-season has started much earlier with races starting in September instead November. I’m now in Corralco, Chile to train. Next blog will be about this trip! Wish us luck x 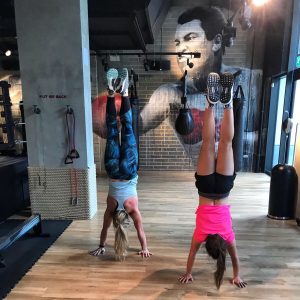 Thank you to my current sponsors for supporting me in different ways this season!